Drawing in and Empowering Women in STEM 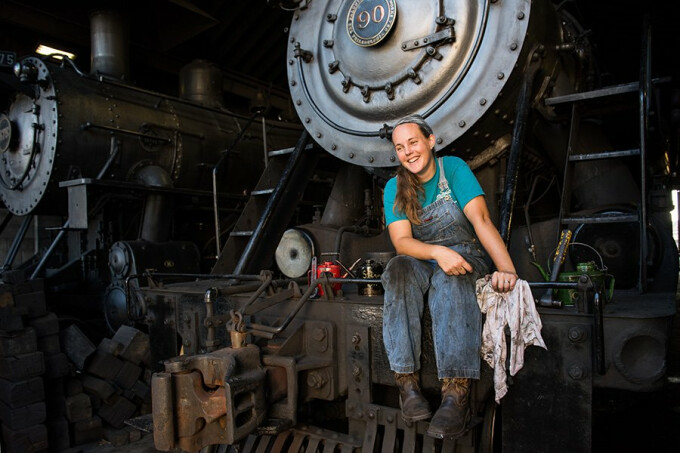 Education paired with local pioneers are impacting girls' initiatives in STEM fields in school and the workplace.

Whether you define it as Science, Technology, Engineering, and Math (STEM) or add in the “A” for art (STEAM), skills in these disciplines are what employers need. Overall, there aren’t enough students choosing these fields, and women represent a finish minority. Intentionally training and directing more women toward STEM careers is a must to add diverse thinking and reduce the field’s male/female wage gap. Equipping women with strategies for thriving in male-dominated workplaces is equally important.

Local education initiatives are making a difference, and so are pioneers. Armed with a degree in machine, tool & CAD (Computer-Aided Design) from Thaddeus Stevens School of Technology in Lancaster, PA, Andrea Biesecker has become the first female locomotive engineer at Strasburg Railroad (stevenscollege.edu).

Some of Andrea Biesecker’s friends can’t wait to leave work and come home. Not Biesecker. She sees her job as an opportunity: “Some days I get to be engineer on a locomotive. Others, I get to work in the shop. And I get to time-warp myself back to the 1915 era we’re portraying, when steam was king.”

Biesecker appreciates the sustainability angle steam locomotives present: “The fun part about machining here is you get to make a part to replace one that’s been in existence for 100-plus years. It’s not like making 10,000 hair dryers. Everything is hand-built, maybe the only part like it in the world, and I get to be the one to make it and make sure it’ll last another 100 years. It means more, because everything we make here is timeless. Rather than ending up in a landfill, it’ll be used and eventually be in a museum.”

Her journey began as her dad’s sidekick in his machine shop, where he tinkered with a junked antique bulldozer. First, she held a drop light for him, then moved up to “a little welding, a little machining, a little mechanical work, painting and then operating.” In the process, she learned something about herself: she was good with mechanical things.

“It’s like when people don’t need to really practice a musical instrument,” Biesecker says. “It kind of comes naturally. You’re born with that. Everybody’s good at something; you just have to figure out what that is.” She concedes machining’s not for everyone, but believes “if you’re mechanically and mathematically inclined and you try it, it might be your thing.”

Biesecker discarded the idea of being an accountant to combine her hobbies with her career. “We always went to Rough & Tumble at Kinzers, where I fell in love with steam-powered equipment,” she recalls. “I thought it would be really neat to work at the Strasburg Railroad, and then I thought, ‘What am I going to do there?’”

When she graduated from Thaddeus Stevens College of Technology, she was the only female in all of her classes. Since then, the college has focused on women in STEM, attracting National Science Foundation funding and partnering with 11 school districts to encourage younger girls to investigate these careers.

These days, there would be other female students in Biesecker’s classes. But few will land at Strasburg Railroad, where she is an engineer and the Repair & Restoration Project Coordinator. She makes parts. Builds and restores trains. Travels to other railroads to assess equipment and estimate jobs. And she’s “Percy’s mom.”

You might not know Percy, but you’d recognize his friend, Thomas the Tank Engine. Biesecker led a successful build, from scratch, of this replica steam engine. She notes, “The kids are ecstatic. Their faces light up. It’s basically pulling something out of a book or a movie or TV, and this one is life-sized.” For 4 year olds, she says, “these trains are celebrities.”

People are skeptical when Biesecker tells people what she does. She admits the railroad industry can be “intimidating as all get out, and you can feel alone,” since it’s traditionally male. Her advice? “Gain respect and trust with your skill set and focus on common interests.” That’s what she tries to do. 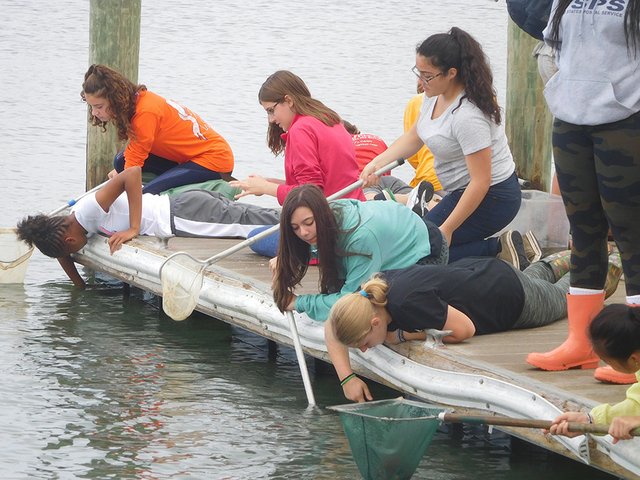 Imagine walking into your classroom, designing a paper rocket, launching it, and then tweaking it to fly higher. That’s what happens on the first day of school in the Tech & Design class at Linden Hall, an all girls private school in Lititz, PA (lindenhall.org).

Here, girls in grades 6-12 learn via real-life, hands-on projects incorporating science, technology, engineering, art or math (STEAM) concepts into all subjects. But the school’s new Makerspace is where this comes fully to life. Girls can ramp up their creativity with tools like soldering irons, saws and drills, a 3D printer, and a video suite.

Last year’s students identified the engineering principles behind Olympic ski jumps…and then built them. They designed and constructed two staircases for the school’s musical, then worked in pairs to design and print their own chess sets.

Charged with inventing something, students seemed stuck and progress stalled. Makerspace Director Michele Archer had them take a break, then make a Halloween decoration out of “garbage” items in the classroom, like glass containers, string, and milk cartons. “They kind of went crazy,” Archer recalls, “and they weren’t afraid to try goofy things. When they went back to the original project, they had a little more freedom in their creativity.” These experiences help prepare girls for the jobs of the future.

At York County School of Technology, the focus is on getting kids interested in STEM fields and work-ready earlier (ytech.edu). Pennsylvania is a top 10 state for STEM jobs, and while the demand for these types of skills is exploding, there aren’t enough qualified workers today or for future openings. A new camp, YCST, offered in partnership with York City’s Lincoln Intermediate Unit, introduces girls as well as boys as young as 8 to these fields. The camp atmosphere seems to be more approachable for girls than your typical tech production environment; several returned two months later when the Pennsylvania Secretary of Education highlighted the school on his #SummerOfSTEM tour.

Instructor Bob Bierman says, “The kids are definitely excited about manufacturing that incorporates technology and also about entry level jobs for high school graduates with certifications that pay $15-18 per hour.” For high schoolers, attendance at YCST is free. They can earn a high school diploma along with industry certifications and even college credits. Utilizing robotic arms and high-tech production devices, instructors help students gain proficiency in programming along with analytical problem-solving. Bierman says this is especially valuable if a production run stops in the middle of the night.

Because students in the school’s Engineering & Advanced Manufacturing classes learn skills companies need, they’re employable as soon as they graduate. The Mechatronics program, which merges concepts from mechanical engineering, electronics, and technology, has a 100 percent job placement rate. Equipping a coed generation as technology rapidly changes the face of manufacturing is a challenge. Bierman explains, “It’s important to interest girls as well as boys in this field, because the need is so great. We’re teaching them STEM skills and the digital language through hands-on, practical applications. In the process, we help prepare them for a future we can’t even imagine yet.”

Research indicates that 70 percent of future workers will need STEM skills, but companies are already finding qualified people scarce. One factor is that, while women make up almost half the general workforce, they represent only 24 percent in STEM fields (under 15 percent in architecture and engineering).

Dr. Bili Mattes of Harrisburg University of Science & Technology (HU) and Executive Director of the STEMup Network, calls this “heartbreaking” (harrisburgu.edu, stemupnetwork.org). The University is feeding the pipeline, with more than half of HU’s student population in graduate programs including analytics, microbiology, and “techpreneurship.” Half of the overall student population is female as is a third of the graduate population.

Dr. Mattes says retention is also critical, since half of women employed in STEM leave after 10-12 years (and many within just one year). These trends motivated Mattes to co-found STEMup Network, a social enterprise of HU that assists women already working in these fields. The network helps recruit, develop, and retain women already working in STEM sectors. Included in this group are women who work as engineers, web designers, and in other career spaces where women are in the minority.

Today, 600 participants comprise the growing STEMup Network, which offers mentoring and coaching, leadership programs, learning circles, and professional development. Some companies are unrolling initiatives to develop women in STEM careers, but Dr. Mattes says it’s helpful to have an external professional resource as well, especially if you change jobs.

In September, Rubina Azizdin was hired as STEMup Network Director. She says, “Research indicates women feel undermined in these roles, or aren’t comfortable, or don’t have support from company leadership or mentors. This program provides all of that.” She plans to partner with more schools and companies, and she envisions growing the program’s social media presence and raising visibility in the community. “We want people to know there is this valuable resource they can use.”

You can find the article in the Susquehanna Style - November 2018 Edition.

Amidst a Global Pandemic, One Student Realized His Dream of Working in Preservation Trades